Summary: The world is grey without Sherlock Holmes in it, and John Watson has lost all sense of direction. It's just surprising to think that he's not the only one who's lost his compass, his north star, and his commanding officer. For all that he's completely insane, John sympathizes with Sebastian Moran a little more than is strictly comfortable, and is more than a little desperate to feel anything.

It's a wonder Mycroft hasn't had him sectioned (yet).

Warnings: This fic contains disturbing themes. Keep in mind that all the characters have done things they are not proud of, and that some people have done worse things than others. While nothing strictly graphic happens in this fic itself, there are frank discussions of aforementioned histories and misdeeds. References to violence, death, military bloodlust and possibly a gore!kink. Also there are references to canonical suicides, which we all know wasn't real.

AN: This is the first story I've ever written, of this sort. I'm not one who can easily envision people having sex with people they don't like. Consequently this was a difficult fic for me to write, and I felt dirty and unsettled for days after finishing it. It was a personal accomplishment, I think, and I've finally decided to publish the damn thing, because it's eating my brain and I need to have some sort of feedback. It was originally titled 'Man Eater' but that was a little too raw for me, so I changed it. 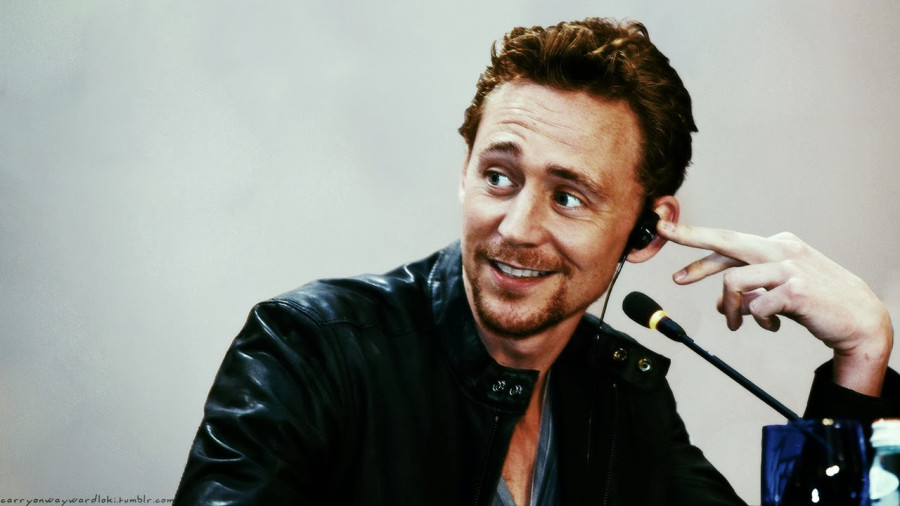 I love you SO much I don’t even have the words. You’ve changed my life. It sounds incredibly silly, but you have. And just looking at you puts a smile on my face. I’m glad you were born. I love you.

here's the card I think Sherlock (and John) would give D.I. Lestrade on Valentines Day.

it's not great, but *shrugs* I've never claimed to be good at art, let alone digital art.

I saw Coriolanus last night, at the Tyneside Cinema in Newcastle. *whimpers* I had my fists clenches and my toes curled and my legs crossed for most of the play. I was in such a wound up ball of tension it was a miracle I was able to stand and walk, after.

It was mind blowing.

Tom Hiddleston was amazing. Mark Gatiss was amazing. Hadley Fraser made me shiver. I don't have words for how incredibly physical it was. The stage was tiny, and so very much happened, and it could have come off as overcrowded, or too busy, but it was gorgeous. It was deliberately loud, and emphatic, and all the actions were bold and clear and strong. It wasn't just a hug, it was an embrace. It wasn't just a touch, it was a caress. Idk if I'm making any sense, but it was gorgeous. And even more so in hindsight.

Caius Martius was such a stunningly sympathetic creature it was hard to not be blown away. Even though a lot of the things he said were almost naive, he was perfectly sympathetic. A good, straightforward man with no conception of how words could sometimes be stronger than actions. It's about how facism could work in an ideal world, but how no one but the upper classes would be happy about it. He's so clueless about other people's perspectives, but I think that might have a lot to do with his upbringing. And he's such an arrogant prat at the same time, but I understood where he was coming from. God.

One of the friends I went to see it with identified most with the mother, but I don't think I quite agree. The mother seemed to be the most... I don't know, possibly the instigator to the disaster. I fully believe that there are things people are suited to doing, and things they are not. Caius Martius was not suited to being a politician. Not in the least. And forcing him to do it against his will was never going to have a good result.

Let's also say that the shower scene and the blood scene? They are everything they are hyped up to be. Okay, so yes, I do have a kink, but that's besides the point. The point was that he was so fucking vulnerable. His pain was visceral. And still, somehow, he was brave, and humble. Of all the wounds, I am bleeding from my nose, he said.

When he washes off all the blood, I was gasping from it. Just because of the look on his face, my god. He spends the whole play in a fucking cast (not a real one, but still, he was effectively one-handed) and it was mind blowing how much emotion he could express, even restrained that way.

( Collapse )
In other news, JB broke up with his GF last night. We were having a late night study session in the kitchen after Coriolanus and she came over for a chat at 1am. He downed an entire bottle of wine in five minutes flat (not even exaggerating). We stayed up till five am in the downstairs common room, watching the Prestige and Harry Potter instead of working. He asked for hugs and cuddles and I'm ashamed to say that I was more than happy to oblige. MT and I, both, TBH. I'm beat, but it was good. Now I'm going back to work. This week has been so useless. I did have a good session with my diss advisor, though, so that's something. Even though I saw a drawing of a naked woman in his office :/

Title: Today You Were Far Away (And I Didn't Ask You Why)

Spoilers: Up to and Including Sherlock Season 3 Episode 2: The Sign of Three

Warnings: Mentions of copious drug use in the past, but also of temptation and potential relapses.

Summary: Sherlock needs to get away. He needs to not be Sherlock Holmes, for a while. He’s exhausted, and not really thinking straight. So he leaves. He left town, now he’s leaving England. He can only hope that the distance helps. He doesn’t know what he’ll do, if it doesn’t.

AN: So… The Sunday update didn’t happen.  Sorry about that. Somehow things didn’t work out. And then the last ep really took it out of me, so I’ve been on a bit of a crying jag for a while. The muse curled up in a corner and refused to cooperate, so here it is, two weeks later. This was intended to be the third in the Trainwreck, series but I’ve written it first, so it’s going up in that order. The timeline’s allll over the place, so forgive me for that. I had no fucks left to give.

Disclaimer: I own nothing. This is unbeta’d, so any constructive criticism will be taken gratefully. The title comes from ‘About Today’ by The National.

I’ve been a part of this community for only one mission so far, and I have had the BEST TIME. What is Avland? Well, on the face of it, it’s an Avengers Land Comm, where you start off by joining a team. New challenges are set out on a regular basis, and if you have some time, you can take part, a get points for your team!

Avland is MORE THAN A CHALLENGE COMMUNITY.

It is, in fact, a community. There’s a lot of focus in supporting and getting to know your teammates. It is a fantastic was to get to know other fans, on a more intimate basis! (Shut up, Tony, that’s not what I meant)

ALL character and ship preferences are welcomed, encouraged, and adored! For all creators, if the whole challenge aspect seems a bit daunting, look of it as a prompt community. There are many challenge that have encouraged me to explore aspects of the universe I normally just don’t think of. It can only help you expand your horizons!

Seriously, I can think of no better way to make friends! It’s great, because everyone loves the same stuff, and you can discuss things without every being worried about people’s reactions! Everyone’s friendly and welcoming, and the mods are always open to suggestions. And if you can’t complete a challenge here and there-it’s no big deal!

So come give it a shot! We’re just about to start a new mission and the teams are: Team SCIENCE and Team MAGIC!

If you’d like, you could tell them Obsessionality sent you, but if not, that’s cool too! I’d love to have you guys join us on the next mission! It’s going to be fun!

Title: You don’t see me standing here (I just came to say goodbye)

Spoilers: Up to and Including Sherlock Season 3 Episode 2: The Sign of Three

Warnings: Past drug use and discussions of addiction. Also hints of bad things that happened while Sherlock was on hiatus.

Summary: It’s a danger night. Sherlock knows this when he walks out of the wedding hall. There’s a voice in his head and it’s screaming, shrill and relentless, and he feels like he could claw his eyes out just to make it stop. He isn’t used to selflessness, but he has given everything he is, to John. Now, there’s nothing left. He has to get out. He has to leave. Staying will be the death of him, and he thinks there’s been quite enough of that going around.

AN: So. This fic has been eating my brain for a while now. There are three fics planned for this series, and hopefully they’ll all be posted before Sunday. There are a bunch of songs that I’ve been listening to on repeat, and if you’re interested you can listen to them too, to know exactly what kind of mood I’m in. Look at the notes below. I’ve used quite a few head canons from different places.

Disclaimer: I own nothing. This was quickly beta’d by Lucy, but all remaining mistakes are mine. Thanks babe. The title is from a very appropriate song called Dancing on my own by Robyn